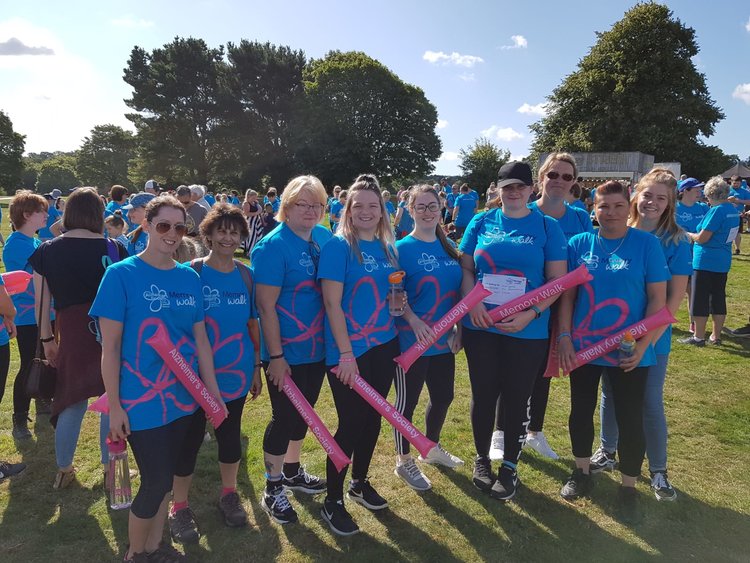 Caring is a state of mind at Belmont Healthcare where even on a weekend off dedicated carers come together to raise money for the Alzheimer’s Society during a dementia memory walk.

Taking part in the official charity walk at Maidstone’s Mote Park, staff and relatives from Sandbanks and Madeira Lodge Care Homes walked the 8km distance to honour those they know and have lost with the disease by leaving a message on the Memory Tree.

It was hoped they would achieve the fundraising target of £160 but the team smashed their target with a massive £1554.00 raised to change the lives of people affected by dementia.

Adam Hutchison, managing director at Belmont Healthcare says: “On a day off from such a demanding job like ours you’d expect them to be putting their feet up and relaxing. But caring touches hearts and the staff at Sandbanks and Madeira Lodge spend a lot of time looking after individuals with dementia, and it’s tough on them to see someone you care about decline as they do with the disease. The Memory Walk is their way of helping raise awareness and valuable funds that will go towards research and positively changing peoples lives now and in the future. Well done to everyone who took part.”