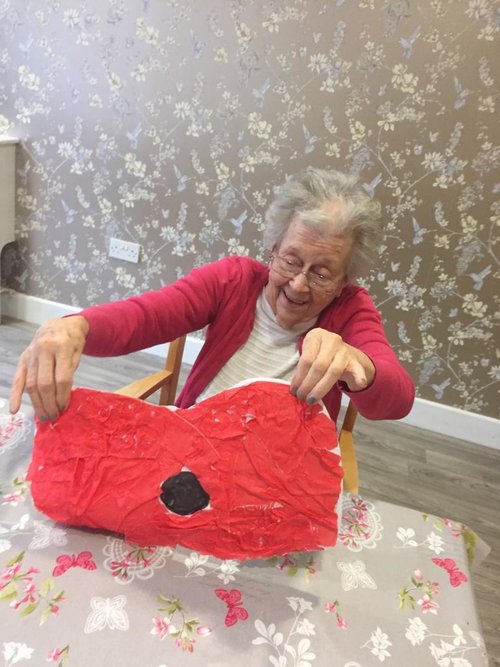 LEST WE FORGET – it should not be forgotten

In preparation for Remembrance Day residents at Belmont Healthcare care homes are developing their own poppy artwork to pay their own very personal respects.

It’s all part of preparing for the Remembrance Day parade, which takes place in London every year to honour the service and sacrifice of the Armed Forces veterans, allies and civilian servicemen and women from the two World Wars and other conflicts.

Residents and staff will be watching the parade coverage live on Television and marking this very special event by marking its importance with the two-minute silence to remember those who have lost their lives in conflict.

Adam Hutchison, managing director at Belmont Healthcare says: “Many of our residents have lived through at least one World War. It’s a real privilege to be part of how they choose to mark this day. Getting creative and appreciating the poppy artwork will be especially important to us as we remember together those that have lost their lives in conflict.”