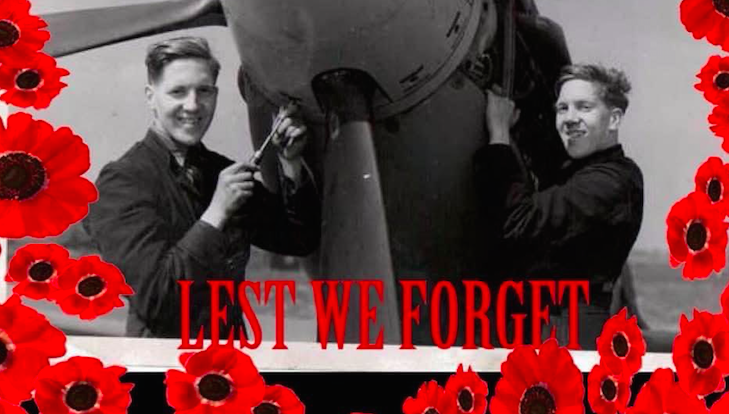 We Remember The Spitfire Twins.

Now that our thoughts are with Remembrance we thought we’d share with you a very special photograph kindly provided by our Ops Director Clare Swan of twins affectionately called the Spitfire Twins.

The photograph illustrates Clare’s late father-in-law Fred, pictured on the left, with his identical twin brother John working on spitfires during the second world war at RAF Biggin Hill, the most famous fighter station in the world.

The twins would have almost certainly being part of the Battle of Britain fighting to protect Britain from the Nazi Luftwaffe invasion. It is with great tribute to them and their efforts that we are still a little island called Britain.

The picture was taken from a well known book called Biggin on the Bump by author Bob Ogley who details the men, women, machines and the indomitable spirit of all those drawn into conflict from 1916to 1945 - and beyond, told through the story of RAF Biggin Hill. The author's royalties are to be donated to the RAF Benevolent Fund.

Belmont Healthcare offers multiple forms of long or short, respite and day care, or at home care for those in need of support.  Specialising in enhanced care and support of older people, care is also offered for those living with Dementia and other life changing conditions such as Parkinson’s disease. Our homes are perfectly situated in delightful settings around the UK and provide a very homely atmosphere whilst being safe and secure making the people we care for feel right at home.